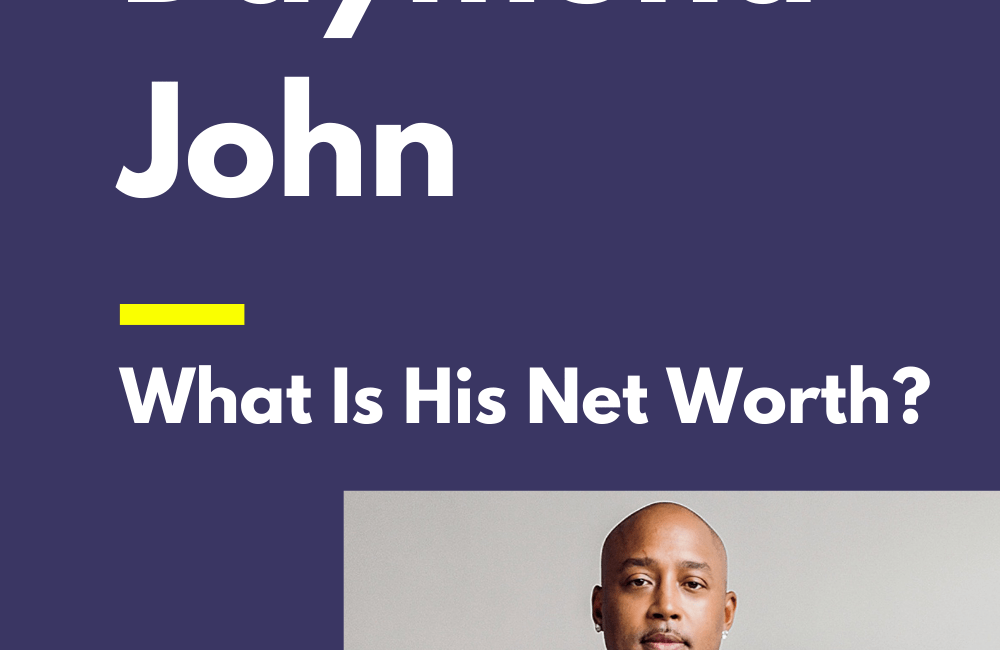 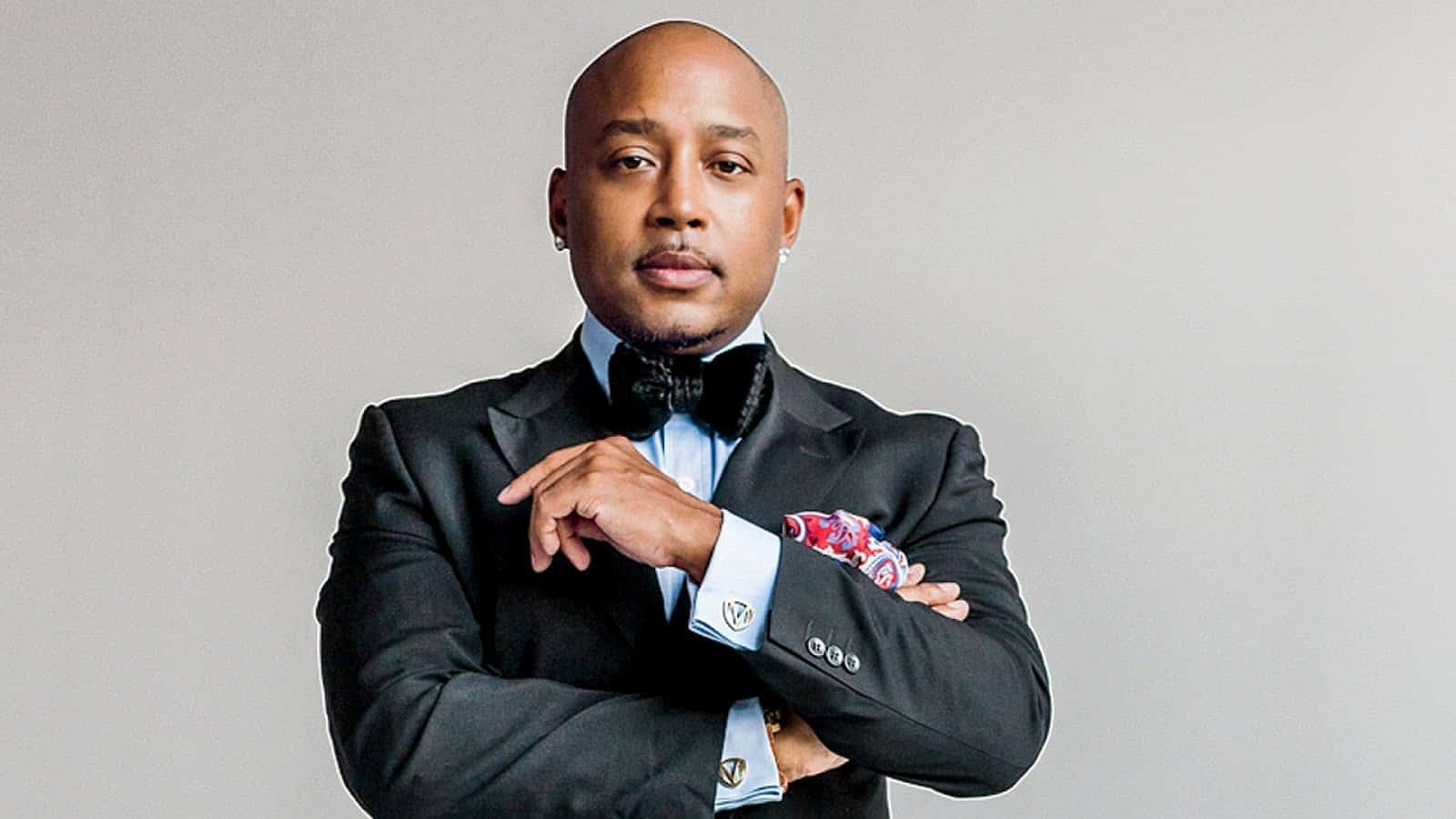 Daymond John is an American businessman, motivational speaker, author, television personality, and investor. He is the founder and CEO of FUBU, star of ABC’s reality series Shark Tank, and founder of The Shark Group.

The Story of Daymond John

Hip-hop fashion designer Daymond Garfield John was born in Brooklyn, New York City, to Caribbean parents. Growing up in Hollis in Queens, New York, John started exhibiting his entrepreneurial skills at an early age. John’s early life was rough and horrendous. Before Hollis became associated with Hip Hop legends like Russell Simmons, Run DMC, and LL Cool J, it was notorious for cocaine and gun violence.  He began working from age ten after his parents divorced. He sold everything from pencils to reconditioned cars. One of his earliest jobs had him handing out flyers for $2 per hour.

In high school, John joined a program that allowed him to work a full-time job and attend school on alternating weeks. He credits this experience with instilling his entrepreneurial spirit. After he graduated, he started a commuter van service and waited tables at The Red Lobster.

Many of John’s friends looked up to the neighborhood drug dealers for guidance. Then at 15, he started losing a friend every three months to gun violence. Luckily, around that time, music began to emerge as an alternative to street corner hustling for the average Hollis youth. Hip-hop music began to grow, and with it came a vibrant culture that needed its own uniform. John saw this needed and stepped in to fill the void.

As a person with dyslexia, one of John’s greatest accomplishments is his continued fight against dyslexia. He has worked with the Yale Center for Dyslexia and currently sits on the advisory board of Understood.org. John has embraced his condition and used it as a catalyst for his career as a highly sought-after public speaker and author.

With over twenty-five years of proven business experience, John has become a role model for other young men with rough beginnings. He speaks at universities, conferences, Fortune 500 companies, and independent businesses as well. He has delivered keynote speeches for Samsung, AT&T, Johnson & Johnson, and General Mills. John’s S.H.A.R.K. points presentations deliver relatable and practical advice that bring long term results. His most popular topics are goal setting, entrepreneurship, financial literacy, marketing, and branding.

He has written three books, the most recent titled “The Power of Broke,” debuted at number two on the New York Times Bestseller list in January 2016. While his other books, “Display of Power” and “The Brand Within,” were on the Wall Street bestsellers list. The Power of Broke also received an NAACP Image Award for Outstanding Instructional Literary Work.

The Business of Daymond John

Before he started his career in the clothing industry in 1992, Daymond John first worked as a waiter at Red Lobster. With $40 worth of fabric, John started making hats to sell at neighborhood festivals and concerts.

Encouraged by the sales, he recruited his childhood friends, Carl Brown, Keith Perrin, and Alexander Martin, to work with him. He took out a $100,000 mortgage on his mother’s house and set up shop the basement. Thus began FUBU, an acronym for “For Us, By Us.”

Hand delivering his wears and with only a few hours of sleep daily began to tax him to the brink. John knew that the business model he was operating on was going to be hard to scale. Then he realized that his neighborhood had everything his business needed – celebrities.

Daymond John’s big break came when he approached LL Cool J to wear a shirt for a photo he could use for marketing. LL Cool J became so loyal to the FUBU brand that even during a multimillion-dollar ad for the Gap, he wore a FUBU cap and wrote in the words “For Us, By Us.”

FUBU quickly became a leading urban clothing company and trendsetter for young African Americans. John outfitted rappers for music videos and photoshoots to increase the brand’s awareness.  Soon, FUBU’s popularity extended beyond Queens to the international community. Their collection later expanded to include hockey jerseys, baseball caps, and t-shirts, all embroidered with the FUBU logo.

In 1997, John created the FUBU Foundation, which raised $1 million annually. In 1999, FUBU Sportswear sponsored the Nienhouse Motorsports for the 1999 Indianapolis 500. John expanded his business empire to include FUBU Entertainment in 2000. He also launched a web portal, y2g.com, for the untapped African American market on the internet. FUBU began outfitting the Harlem Globetrotters in 2002. FUBU has made more than $6 billion in global sales and pioneered a $20 billion industry.

Daymond now serves as the CEO of The Shark Group. The Shark Group specializes in brand strategy and development, artist relations, and talent development. They have worked with brands and businesses, like HSN, Capital One, Forbes, Gillette, Miller Lite, Shopify, and Infusionsoft. They have also worked with superstars like the Kardashians, Muhammad Ali, Stan Lee, Pitbull, Carlos Santana, Jillian Michaels, and others.

John is dedicated to improving the lives of entrepreneurs by investing a large part of his own money in Shark Tank. He also has learning resources for entrepreneurs like Daymond On Demand and the Real Estate “Success Formula” program. He is currently working in association with NAACP to give a grant of $25,000 to seven black-owned businesses. In 2018, he teamed up with Mattel, a Silicon Valley Startup, to award an entrepreneur $50,000.

What Is the Net Worth of Daymond John?

John Daymond’s net worth is estimated at $300 million.

Why Is Daymond John Such a Great Idol?

Daymond John was born with the right recipe for disaster. A poor African American kid with dyslexia from the hood and living with a single mother. A college education may not have been in John’s future, but hard work, grit and success were.

Daymond John’s story shows us that there are opportunities everywhere around you. You just have to be looking hard enough. What do you see when you look at your circumstances? Do you bemoan the hand that life dealt you, or are you looking beyond your pain?