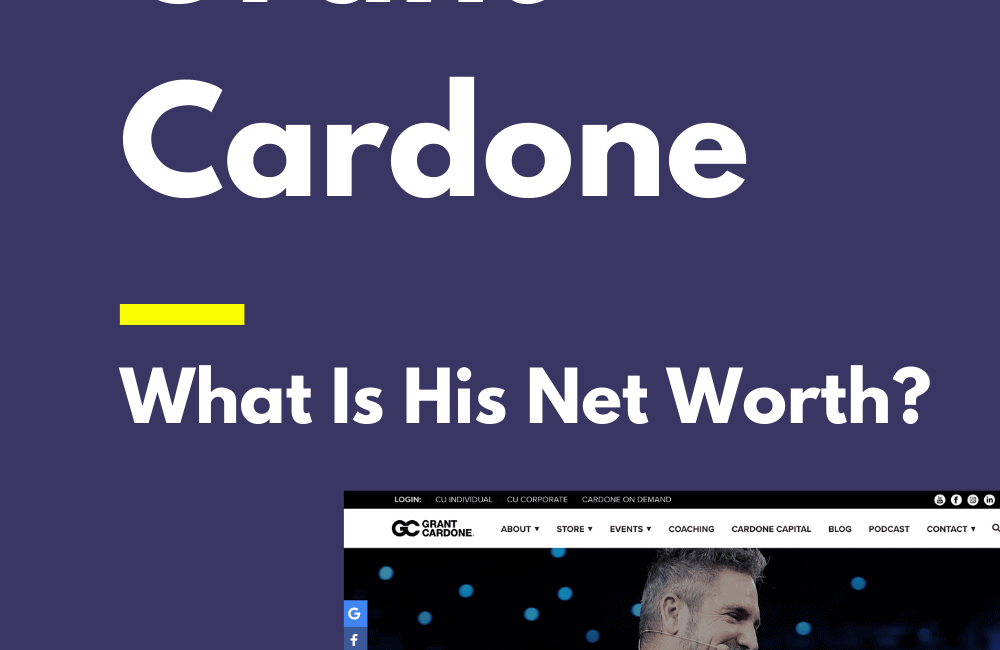 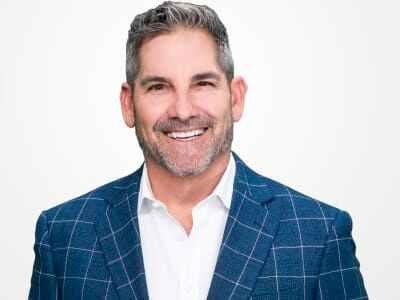 Grant Cardone is a New York Times bestselling author, sales trainer, speaker, and entrepreneur who has worked in the real estate and the auto industry. Grant Cardone is the CEO of seven privately held companies and a real estate mogul who built his 1.8 billion dollars portfolio of multi-family properties from scratch. He travels around the world, consulting Fortune 500 companies, startups, governments, and small business owners on business expansion. He is married to Elena Lyons and lives with their two daughters in Florida.

The Story of Grant Cardone

Grant Cardone, he is a motivational speaker and social media influencer who also provides business and sales training. Over the past two decades, he has established a name for himself by building a real estate empire worth almost $2 billion across the United States.

However, Cardone’s story didn’t start there. Born in Lake Charles, Louisiana, where he lived till he graduated from high school, he was labeled ADD, ADHD, and OCD. At age 10, he and his twin brother, Gary Cardone, lost their father. Before the fame, fortune, and luxury, he went through a phase of unemployment and drug addiction. When he shared his experience on Reddit, he said that he “had no self-esteem at all – felt terrible for who [he] had become” at the time. Five years after he left rehab and cleaned up his act, Grant made his first millions from real estate investments.

Apart from being an American real estate investor, Grant Cardone has authored several books, some of which are bestsellers. The titles of his books include “Sell to survive,” “The Closer’s Survival Guide,” “The 10X Rule,” “Be Obsessed Or Be Average,” “Sell Or Be Sold,” and “If You’re Not First, You’re Last.” From an ordinary salesperson, Grant Cardone has built himself an extraordinary multi-million brand whose business programs several reputable companies and multinationals use. Several companies like Google, Ford Motor Company, Toyota, and Aflac use Cardone’s sales programs.

Cardone first appeared on TV as a feature on Joan River’s “How’d You Get So Rich” show. In 2011, he helped to develop the show “Turnaround King” for National Geographic, where he visited failing businesses and helped them become more profitable. Cardone and his wife currently produce a web series called “The G & E Show.” He also appears on the Grant Cardone TV, a renowned and on-demand business TV network. He is also a regular on-air personality on business news outlets like CNBC, MSNBC, Fox News, and Fox Business, as well as a regular contributor for AmexForum, Entrepreneur, and BusinessInsider.


The Business of Grant Cardone

As a child, Cardone would visit several properties with his father as a fun family activity. This activity sparked his curiosity and interest in buying buildings. At 22, He graduated with an accounting degree from McNeese State University to acquire properties immediately. However, he understood the need for developing his process, so he delayed his dreams for a few years to grow the money needed for investment.

After being unemployed for a while, he got a sales job as a car salesman – one which he hated but was a necessity for survival. While he was building his investment working as a salesman, he also took the time to study the real estate market as much as he could. Then, five years after his first attempt failed and seven years after his graduation, he made his first real estate deal. He invested in his first property, a single-family property in Houston. His first tenants moved out after seven months, and his cash flow dried up. It was back to square one for Cardone. This experience became his first lesson in real estate.

He learned to never depend on one tenant for income or cash flow. He sold the property and invested in a multi-family complex in San Diego. A month after buying his first multi-family property, he bought a second one. His strategy was to use the money he got from the first two to fund a third. And it worked.

Cardone continued to use this strategy and began to acquire more properties, slowly but surely. By 2012, Grant Cardone’s company had the largest private party acquisitions in Florida, especially for multi-family properties.  Today, he owns over several real estate holdings spread across Alabama, Arizona, Tennessee, Florida, North Carolina, and other parts of the United States.

What Is Grant Cardone’s Net Worth?

Grant Cardone earns $40 million annually from e-commerce, has approximately $1.8 billion in real estate, and one of the most popular real estate channels on YouTube. Before the onset of the pandemic in 2020, his net worth figure was estimated at $1 billion.

Why Is Grant Cardone Such a Great Idol?

Grant Cardone is a living testimony of how anyone can turn their life around and create a success story out from it, irrespective of their circumstances or background. He hit rock bottom so many times, but he didn’t let that discourage him. He learned his lessons and channeled more energy into turning his story around.

Cardone openly says that if he were to start over, as long as he can still roam the planet, he would gladly do it. It would probably be easy for him to do it because he has built a robust network and amassed years of experience to guide him.

Grant Cardone’s story makes us see that your dreams don’t have to end after encountering the first obstacle. Life will hit as hard as it can, but as long as you do not remain down after. Do not let your humble beginnings or your mistakes keep you from achieving your dreams. It is not too late to begin. It is time to choose your path. If a former drug addict can clean up his life and become a millionaire at 30, you can find the clarity and direction you need to make something out of your dreams.