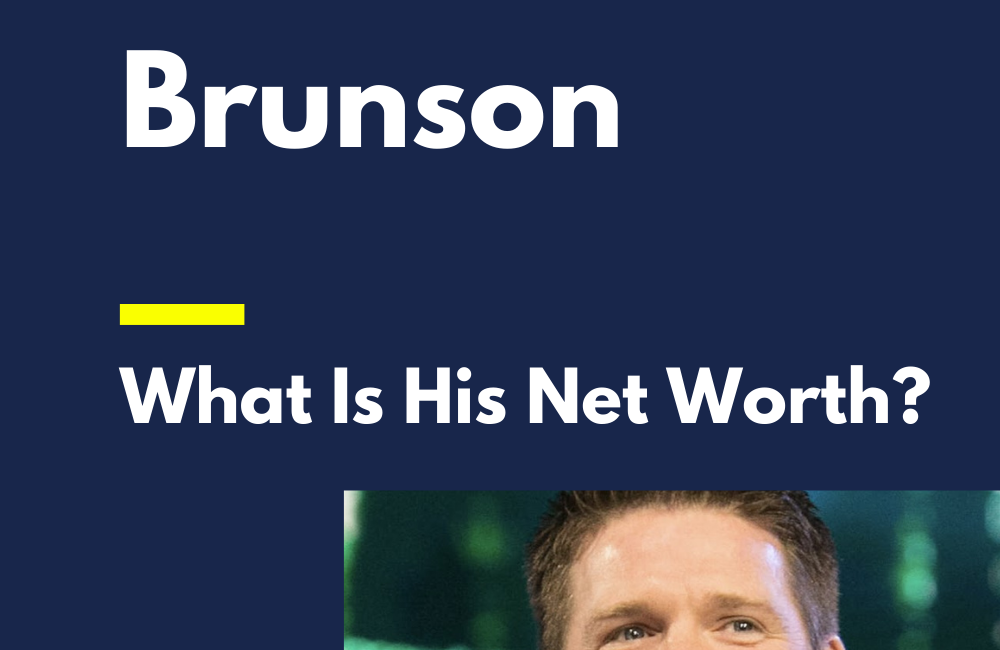 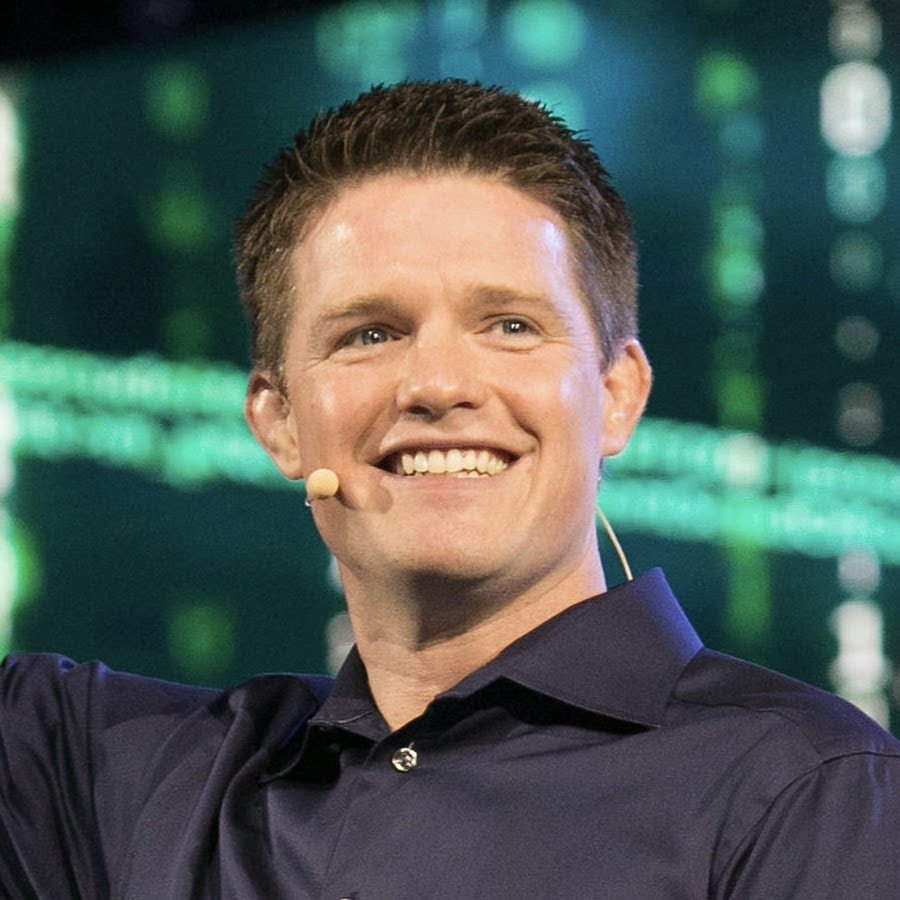 Russell Brunson is an entrepreneur, YouTuber, digital marketer, and philanthropist. He is most famous for founding ClickFunnel, a SaaS company for e-commerce.

Russell is one of the most influential internet and digital marketers in the world. Within 15 years, he has managed to build a following of over 2 million entrepreneurs. He has featured on major websites and publications like Entrepreneur, Forbes, and The Huffington Post. Russell also hosts the top-rated business podcast, Marketing Secrets. In 2018, he won the Ernst & Young award for Entrepreneur of the Year in the Utah region.

The Story of Russell Brunson

Russell Brunson was born in Provo, Utah but lived most of his childhood in Sandy, another town in Utah. Russell always had an interest in sales and marketing from his childhood. From the age of 12, he would collect junk mail, watch TV, or listen to the radio waiting for the commercials.

Asides from his interests in marketing and sales, Russell was also an outstanding athlete. In high school, he became a state champion wrestler. By senior year, Russell became an All-American taking 2nd place at the high school nationals in the United States. He continued to wrestle in college and graduated as one of the top ten national wrestlers.

Russell tried several businesses in college, including selling “how to make a potato gun” DVDs. He later moved to online marketing, where he learned how business owners could use digital marketing to get more customers. He met Collette Brunson, his wife, while he was attending Boise State University. The couple has five children together and lives in Boise, Idaho.

Asides from being an internet marketer and funnel builder, Russell is also a New York Times BestSelling author. He has sold over 450,000 copies of his marketing books on Amazon. His books are:

Russell Brunson also donates to non-profit organizations like Villa Impact. For every new funnel that goes live on ClickFunnel, $1 goes to building schools for kids in Africa. He also has a documentary for Operation Underground Railroad, a non-profit that rescues children from sex trafficking worldwide.

The Business of Russell Brunson

In 2003, Russell created his first successful online business called ZipBrander. It was an online marketing software to drive website traffic. Two years later, he sold his instructional potato gun DVDs. Russell soon became well known in the internet marketing world. Within a year of graduating college, Russell had made his first million dollars from online marketing.

He sold everything he could lay his hands on – books, software, consulting service, coaching, and more. He attained top ranking status in several network marketing companies, winning a Ferrari and generating 1.5 million leads in just six weeks. However, his most significant break came in 2014 when he created his sales funnel.

The idea came when he had trouble setting up his sales funnels and marketing campaigns. These limitations inspired him and his co-founder, Todd Dickerson, to create the software company ClickFunnel. Self-funded by Etison LLC, it grew to $100 million within the first three years. Today, ClickFunnel is a 360-million-dollar company and has over 100,000 active users.

ClickFunnels has revolutionized the internet marketing industry. Businesses can now perform functions like sales copy email, landing pages, lead generation, webinars, and sales. He has a mastermind program called Inner Circle of Life. Through this program, 100 subscribers can pay $25,000 to receive personal coaching from Russell. ClickFunnels has created 728 millionaires who are in the exclusive Two Comma Club. 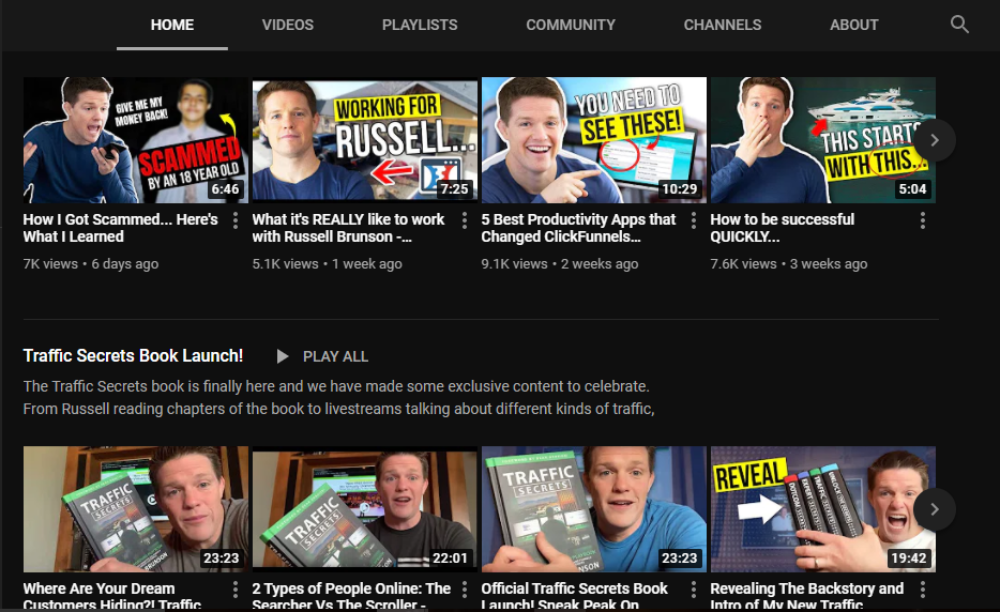 What Is the Net Worth of Russell Brunson

Russell Brunson’s net worth is an estimated 37 million dollars from his various sources of income.

Why Is Russell Brunson Such a Great Idol?

Russell Brunson is a renowned figure in the marketing space. He keeps on demonstrating the power of sales funnels and proves himself as one of the best online marketers in history. With his hard work, what was once his childhood hobby has become a successful business empire.

People have problems they would pay good money to solve. Russell’s success story, as well as thousands of others, will attest to this. Why not take a page from his book? Social media, and the internet at large, brings a million opportunities to your fingertips. You can now get a firsthand look into what some of those needs are and how you can solve them.