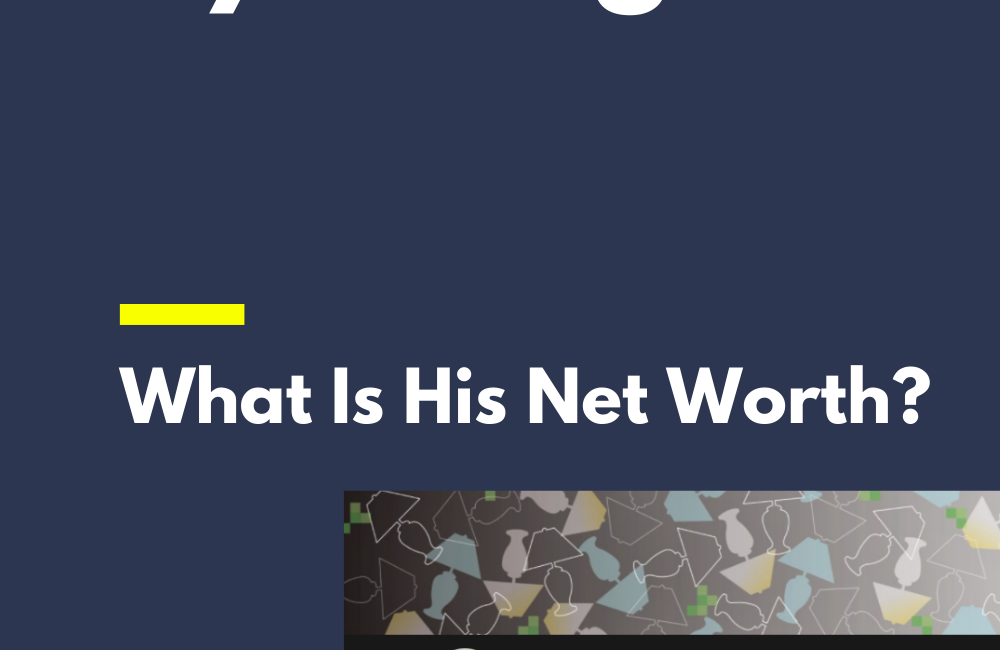 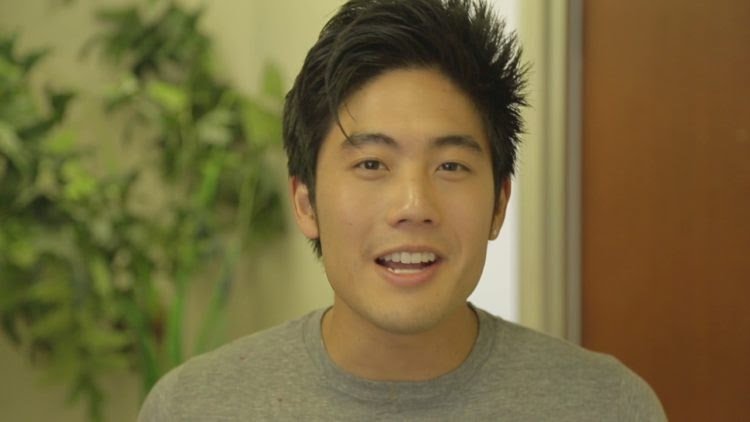 Ryan Higa, also known as NigaHiga, is an American comedian, YouTuber, internet personality, actor, and musician of Japanese descent. He is well known for his YouTube comedy videos. Between 2009 and 2011, his YouTube channel, NigaHiga, was the most subscribed channel for 677 consecutive days. He was also nominated for “Best Video Blogger” at the 6th Shorty Awards.

Ryan Higa was born in the United States in Hilo, Hawaii, in 1990. He graduated from Waiakea High School in 2008, where he competed in judo and owned a black belt. Ryan studied nuclear medicine at the University of Nevada, Las Vegas but dropped out to create his online content.

In 2006, Ryan Higa created NigaHiga along with his friend Sean Fujiyoshi while in high school. They shared videos of themselves lip-synching to songs and later moved on to sharing a variety of comedic pieces. The channel had occasional guest appearances from Ryan Villaruel, Kyle Chun, Tim Enos, and Tarynn Nago. According to Ryan, the channel’s name is a combination of Niga, which means “rant” in Japanese, and Higa, his Okinawan last name.

Ryan created content that soon became popular and loved. On Christmas Eve of 2008, YouTube removed their two most popular videos, How To Be Gangster and How To Be Emo, due to copyright violations. By January of the following year, the YouTube account was temporarily suspended and required to remove more copyrighted videos.

To avoid Copyright restrictions and further violations, Ryan started composing his music himself. By 2010, most of the YouTube videos on the NigaHiga channel were his original compositions. By December 2010, his subscribers had reached 3 million, and he became the first YouTube personality ever to do so. He decided to take it a step further by launching another channel HigaTV, where he posts video blogs, comedy skits, and short films.

Ryan’s video vlogs and short films have been a huge success and amassed over 18.8 billion watch time minutes, making him one of the most successful YouTube creators. NigaHiga has a staggering 21.5 million subscribers and over 4.2 billion video views, while HigaTV has 4.97 million subscribers and over 855 million views. His video, Nice Guys, alone has 84 million views. When you consider that each YouTuber gets $2-$7 per 1,000 views, it is not hard to come to conclude that Ryan has made a success of his YouTube career. He is an inspiration to many others who have an interest in YouTube content creation.

How Does Ryan Higa Make Money?

Ryan’s career may have started with YouTube, but it didn’t end there. He has his hands in several businesses where he makes his money. In 2012, he founded a production company called Ryan Higa Production Company (RHPC) along with Sean Fujiyoshi to create content for the NigaHiga channel. Fujiyoshi left the company in mid-2018 after he moved across the states. 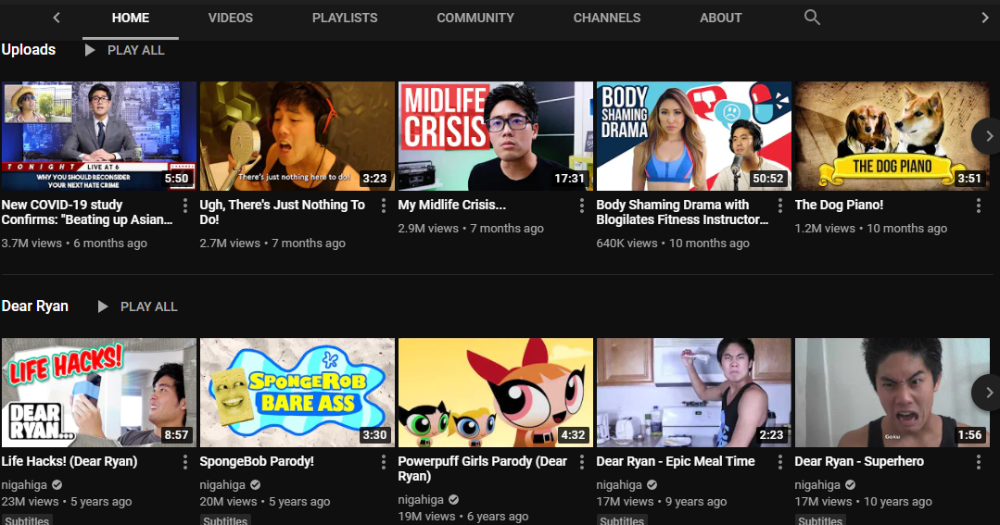 Ryan’s Wiki article explains he was given a chance to make his first feature-length movie alongside his fellow NigaHiga contributors, Sean Fujiyoshi, Time Enos, and Tarynn Nago (collectively called The Yabo Crew).

The movie, titled Ryan and Sean’s Not So Excellent Adventure, was released in 2008 and sold out in Hawaiin and Californian theaters. Since the success of his debut movie, Ryan has released other short movies. Some of the short films he has done include Tell Me How I Die, Ninja Melk (featuring Ryan, Sean Fujiyoshi, Bryson Murata, Tim Enos, and Tarynn Nago), and Agents of Secret Stuff (featuring other YouTube stars like Aki Aleong and Arden Cho). He has been nominated for three “The Streamy Awards” and “Young Hollywood Award.” He has also won a “Short Award for Humor” for his roles.

In 2015, Ryan released the TeeHee app, a community hub for his fans that was monetized through branded content, e-commerce, pre-roll ads, and in-app purchases. However, the service has shut down since 2017.

In 2016, Ryan created a parody K-pop group called Boys Generally Asian (BgA) with Philip Wang, Justin Chon, Jun Sung Ahn, and David Choi. The first song has over 16 million views and is a parody of all K-pop songs.

He co-founded Ninja Melk, LLC, with Kathleen Hahn and Kyle Schroeder in 2016. They launched an energy drink with the same name in 2019. He also published a memoir titled Ryan Higa’s How to Write Good in 2017.

What Does Ryan Higa Make a Year? What Is the Net Worth/Salary of Ryan Higa?

YouTube ad revenue is between $2 and $7 per 1000 monetized views. The more popular content creators get the higher end of the range, which means Ryan earns approximately $2500 per day or $900,000 per year from his YouTube channel NigaHiga alone.

He also accepts sponsored posts on Instagram, which he earns between $5,000 and $8,000 for each post that goes out to his followers. Other income sources, such as from the podcast, app, merchandise, and appearance fees, help to increase his annual income significantly. Ryan’s earnings each year add up to between $1.6 and $1.9 million.

Currently, Ryan Higa has an estimated net worth of $10 million.

Ryan Higa is special because he is a pioneer in more ways than one. He found a fresh industry and worked extra hard to carve a niche for himself. When you watch his videos, you get a sense of how much hard work and creativity it took to make them. That’s one reason he has remained relevant for the past 15 years in an industry plagued with short attention span and interest.

When asked the inspiration behind his continued success, he said, “The fans are the motivators that keep me creating my style of content. They keep me wanting to make each video better than the one before.” 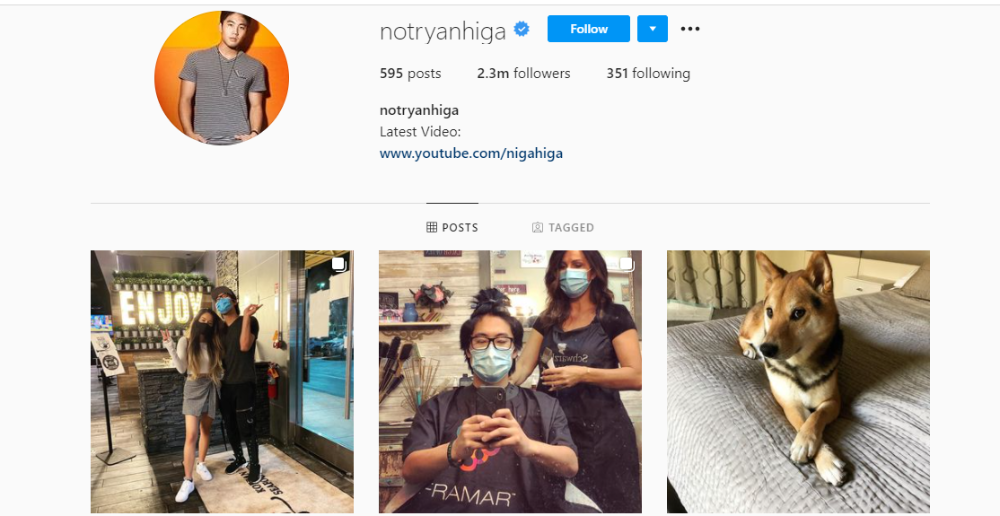 Ryan used to make comedy videos for his family and friends at home. He probably never envisioned that some of the silly things he did for fun would make him a multimillionaire. We all have something we love to do that everyone thinks is perfect, but we haven’t yet figured out how to monetize it. There is always a market for whatever skill you have; you just have to figure out the best way to sell yourself.