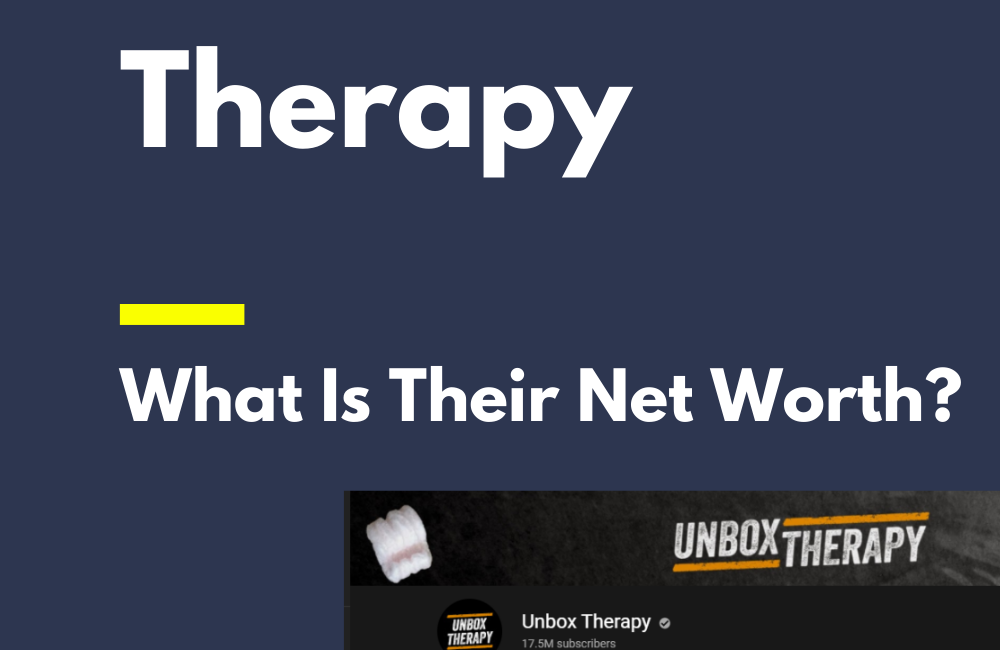 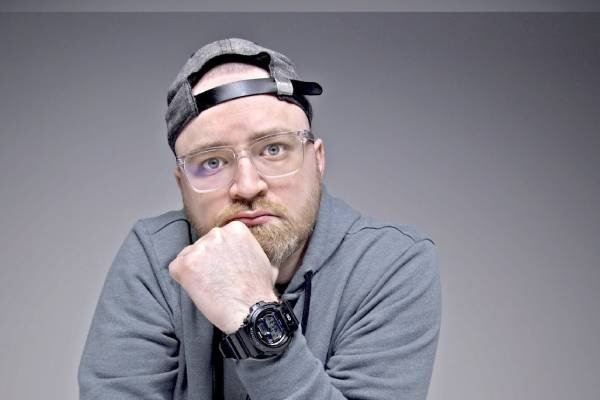 Unbox Therapy is a technology and unboxing YouTube channel produced by Lewis and Jack McCann. Lewis George Hilsenteger is a Canadian YouTuber, vlogger, social media influencer, technology reviewer. Lewis is the host and face of the channel, while Jack is the channel’s videographer.

Lewis Hilsenteger has always been interested in new gadgets and innovative technology. He attended the Toronto School of Arts, where he took a course on digital arts photography and video editing. He got insights into consumer preference on tech info and tutorials while working for a company that specialized upgrade system in Apple Products.

He currently lives in Ontario, Canada, with his wife and kid. 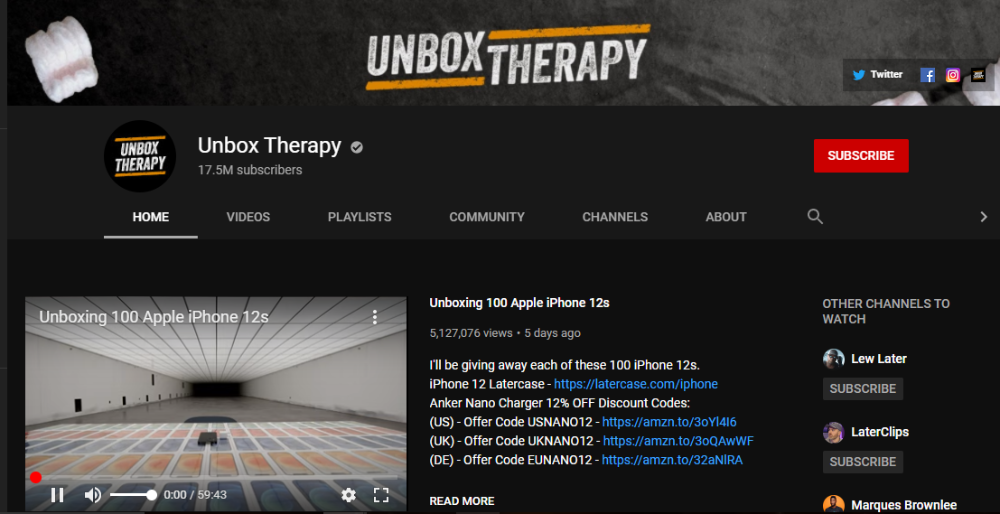 Lewis and Jack created the YouTube channel Unbox Therapy in December 2010. Unbox Therapy allows viewers to experience the joy of opening the newest gadgets without having to spend a dime.

Unbox Therapy became famous after their YouTube video iPhone 6 Plus Bend Test, showing Lewis bending an iPhone with his hands, went viral in 2014. It became the fifth highest-trending upload on YouTube with its 73 million views. It sparked an iPhone Bendgate conversation about the possibilities of iPhone 6 Plus bending in people’s pockets. Although Lewis bought the phone himself, he was not afraid of demolishing the product. He expected to generate enough advertising revenue from the video to get a new one.

Over the years, Unbox Therapy has hit the spotlight by revealing exciting new technology, be it the latest smartphones, phone gadgets, or hi-tech speakers. Unbox Therapy uploads several unboxing videos each week that routinely get a million views each.

How Does Unbox Therapy Make Money?

Many people are unaware that Unbox Therapy gets a higher than average revenue from his YouTube because his content is very attractive to most high-paying advertisers. Asides from the income Unbox Therapy gets from monetized YouTube ads; he also gets sponsorship deals from big companies like Google, McDonald’s, Intel, WB Games, IBM, GlassUSA, DBrand, and many more. 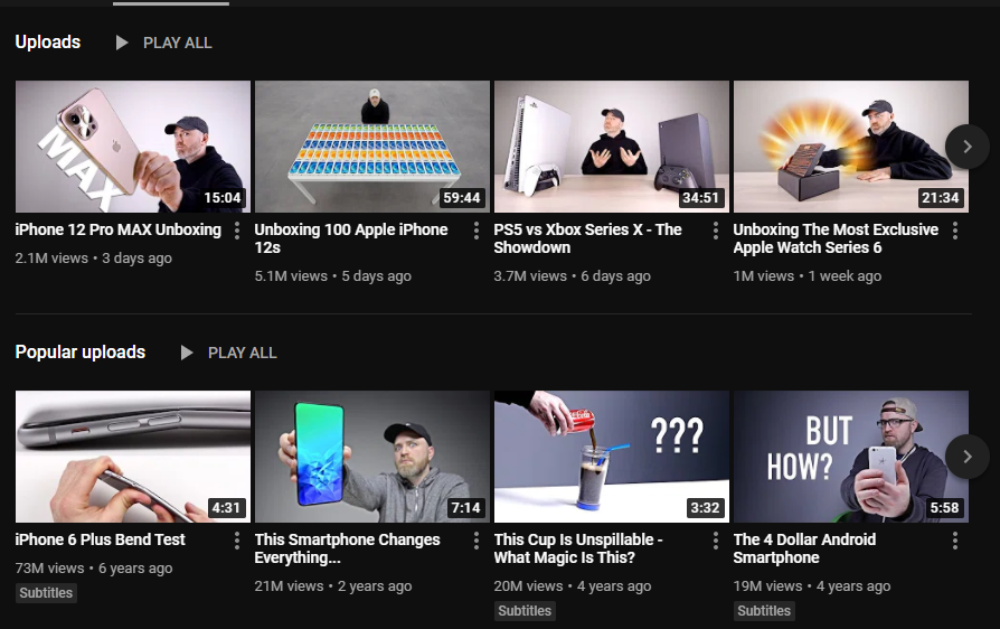 Sponsorships are more beneficial to Unbox Therapy since he doesn’t have to split the income with YouTube. Big-name companies like Apple, Samsung, Origin, and MI will shell out hundreds of thousands of dollars for even just a mention because that investment yields immense profit in return. The catch is that the creator has to have engaging content, and Unbox Therapy fits this bill.

With such a reputable and well-earned spot as one of the best unboxing vlogs, Unbox Therapy’s income sources are infinite. As the years go by and his endorsement deals increase, we see Lewis advertising even more engaging products to intrigue his fan base.

Well, Unbox Therapy’s earnings annually peak in at a staggering $2.4 million. His monthly income can reach a staggering $200K.  His second channel also rakes up to an estimated amount of  $98K annually.

Unbox Therapy’s net worth is an estimated $10 million.

Unbox Therapy is not the only channel on YouTube that unboxes and reviews new gadgets in the tech space. In fact, there are so many other channels that specialize in that niche, with over 60% of millennials as their primary audience. That means the competition to remain relevant would be stiff for everyone involved. But not for Unbox Therapy, who has remained in the top 7 YouTube tech channels consistently.

Unbox Therapy remains unchallenged in his niche and is the go-to-guy for tech reviews. How does he stay relevant?

1. He plans his shots well.

The channel’s videos are high-quality. You wouldn’t expect less, given his educational background. Lewis includes several camera angles, wide shots, and closeups to tickle the viewer’s interest. He does not skimp on video quality either and uses some of the best video equipment available to content creators. Basically, the production value of his videos shows that everything is well-thought-out.

2. He picks the right products to review.

He started with Apple products and enhanced his portfolio to include a host of other brands and tech manufacturers.

If a new product is about to enter the market, Lewis is already on it. He gives an open-minded and trustworthy review without promoting the product. He not only covers reviews of popular products but also products that very few reviewers have access to or ones that interests only people in niche markets.

Part of the reasons why people love Unbox Therapy is Lewis’s enthusiasm for the products he reviews. His vibrant energy and personality are so engaging on camera; you cannot help living the unboxing experience through him. He turns each unboxing into an enjoyable experience with his body language and facial expressions.

Anyone can unwrap a box and give reviews on its content, but not everyone can do it the way Unbox Therapy does. Plus, he also tests and examines them to show their performance and durability. Anyone watching can clearly see that he loves what he does.

Do you love tech gadgets? Would you like to earn money from endorsements playing with your favorite gadgets, then take a cue from Unbox Therapy. From the beginning, Unbox Therapy has been natural and true to himself. You don’t have to be perfect at what you do now. Just start. As long as you have a great personality and are enthusiastic about what you do, the skills you need to polish your content will grow with your experience.